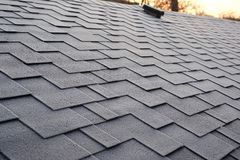 2. BID SUBMISSION. Four copies of the bids shall be addressed and delivered in a sealed envelope to Nebraska City Public Schools, Attn: Superintendent, 1700 14th Avenue, Nebraska City, NE 68410. Bids will be received until 2:00p.m. (Central Time) on May 28, 2021. Any bid received after that time and date will not be opened or considered, and will be returned to the bidder.

3. OPENING OF BIDS. Bids will be opened publicly and simultaneously in the presence of bidders and/or their representatives beginning at 2:00 p.m. on May 28, 2021, or as soon as possible thereafter, in the Office of the Superintendent of Schools.

4. AWARDING OF BID. The bid will be awarded to the lowest responsible, responsive bidder. The winning bid shall be announced by the Board of Education at its meeting to be held in June 2021, or at such other meeting determined by the Board.

5. INQUIRIES AND BID SPECIFICATIONS. Requests for full bid specifications and all questions, inquiries, or requests for clarification or site inspection should be submitted in writing to Superintendent Mark Fritch at mfritch@nebcityps.org.